April 20 marks the anniversary of Param Krupalu Dev having shed His mortal coil. On this occasion, Pujya Gurudevshri empowers us with keys to live a life of self-awareness that can naturally result in a divine end

Why do people consider the passing of an Enlightened Master special? Death is natural to all those who are born. If it is an inevitable event of life, then what is so special about the passing of a spiritual Master? The uniqueness lies in the state of samadhi in which He leaves the body. This state does not emerge suddenly at the time of death but is the continuation of the wondrous state prevailing during His lifetime. Like any other event, He sees death too as an external phenomenon and continues to abide in the blissful Self even while leaving the body. The Enlightened One remains in absolute samadhi while passing through the event that would cause fear and distress to the ignorant.

Difference Between the Enlightened and the Ignorant

A frequent flyer, upon boarding the airplane, sits comfortably and reads a magazine or just relaxes till he arrives at the destination. He is so immersed in what he is doing that he is completely oblivious of anything going on inside the plane or how and when the plane took off. A novice however, remains tense from the time he enters the airplane. He is unable to focus on anything. He is either excited about flying or scared to make the journey. Like the frequent flyer, the awakened Master remains immersed in the Self even in the face of trying circumstances. His continuity of abidance in the Self is not severed even at the dreariest moments of death. He neither marvels at any external occurrences nor does He feel intimidated by them. The awareness that He would have had while changing clothes; the same awareness remains intact while changing the body at the time of death. No special effort is required to maintain that level of awareness. However, the ignorant one, whose mind has always remained focused on the outside, cannot get attuned to the Divine within at the time of death either. He gets carried away by the external happenings and feels despondent about the same.

Samadhimaran or being in samadhi at the time of death is a change of body made by the spiritual heroes, while remaining in absolute equanimity through abidance in the Self. Such gallant ones leave their body in complete awareness, revelling in the bliss of the Self. Therefore, the anniversary of the passing away of a Master is also celebrated because aspirants get to learn about the spiritual path from the pure life lived and divine death of the Enlightened Ones.

Life is an Opportunity

What should be attained during the lifetime must be attained while alive. One should not wait for death. Many believe that liberation is possible only after the body is given up; only then can one experience freedom. They wonder how one can be independent while living in the world. But the experienced Ones say that liberation from attachment and aversion, attainment of the supreme Truth is possible whilst one is alive.

Life indeed is an opportunity – you may utilise it to secure name, fame, wealth, family etc., or harness it to realise your divine nature. Death is the end of this opportunity. In spite of this, there are those who think that life is to make money and be merry, dharma is for the last stage in life and liberation is after death! But how can one who has lived a life of spiritual unawareness, imagine remaining awakened at the time of death? Just hearing some holy chants or keeping auspicious objects around the deathbed does not assure anyone of death in the state of samadhi.

Life of Awareness Results in Death with Awareness

One who has lived his whole life in unawareness of his real nature, identified with the body, how can such a one think that he will have awareness of his divine nature at the time of death when the senses become feeble, mind is disturbed and body is suffering with pain? It is futile to hope for samadhi at the time of death if you have shown no interest in it while living. The one who has not had the thought that, ‘I am the Pure Self’ even once in a day, for him to leave the body in the awareness of the Self is as absurd as flowers growing in the sky.

The ignorant one suffers at the time of death not because of the pain but due to identification with the body that is undergoing pain. He believes and so experiences that ‘I am suffering.’ But he who has known during life his true Self as Consciousness, distinctly separate from the body; remains in the same state even while leaving the body.

Alternatively, the mind will create fear, ‘Can you really live without me? Where will you go if I am not with you? Won’t you need me at every step of the way? What if you don’t get what you are looking for? What if you waste this life and don’t achieve success? Why trust the unknown and unfamiliar? What if you have to return empty-handed? What if you are abandoned? Why do you want to make your life difficult and painful? Why are you moving towards your own death?’ and so forth.

The saints proclaim that the remedy to go beyond pain is not unawareness of pain but awareness of the Self. He who lives in such awareness knows the agony of death but only as a witness. And so even at the time of death, He remains at ease. In this way, the one who lives in awareness dies in awareness too. For the Master, death is not an enemy. Instead, seeing death approaching, He becomes spirited like an invincible warrior. He leaves the body with absolute detachment as if He had no relationship whatsoever with that body. Thus, the secret of samadhimaran is life lived in samadhi – identified with the Pure Eternal Self.

In life, at times, we are sad and then become happy and then sad again. At another time, we are peaceful, then disturbed for a while, and then peaceful again. Similarly, we get angry, then feel guilty and then become forgiving. Like the mind, the state of body also changes – beautiful, ugly, young, old, diseased, healthy etc. But in the middle of all these changes, there is that one entity that does not change. It knows all these changing states, yet passes through them, remaining distinctly separate from them; realisation of that witnessing essence, is self-realisation. Awareness of the true nature of the Self is a life of samadhi.

The soul is the eternal, unbroken Consciousness, not subject to death or decay. This thread of consciousness passes through all the states. It knows them all and still remains unaffected by them. You, somehow have never focused on it.

Have you ever thought of this constant unchanging factor amidst the changing states? The one who can realise that truth becomes a Jivanmukta – liberated while living. He who can identify with the witnessing Consciousness as ‘I am the unchanging’, he becomes free while living. He attains all that is to be attained. 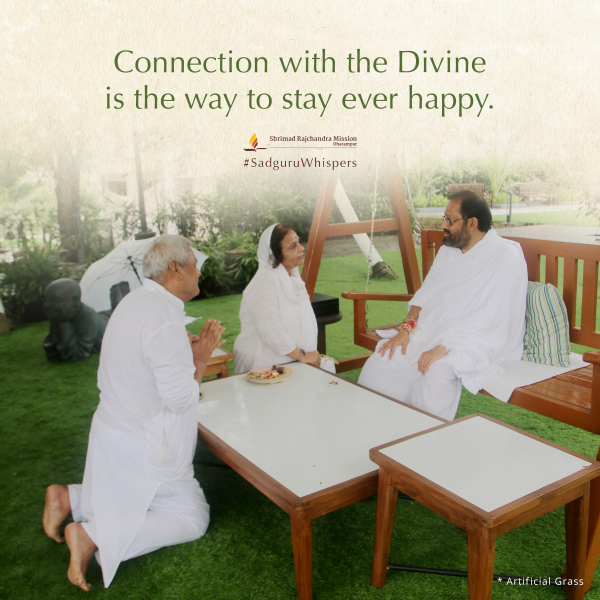 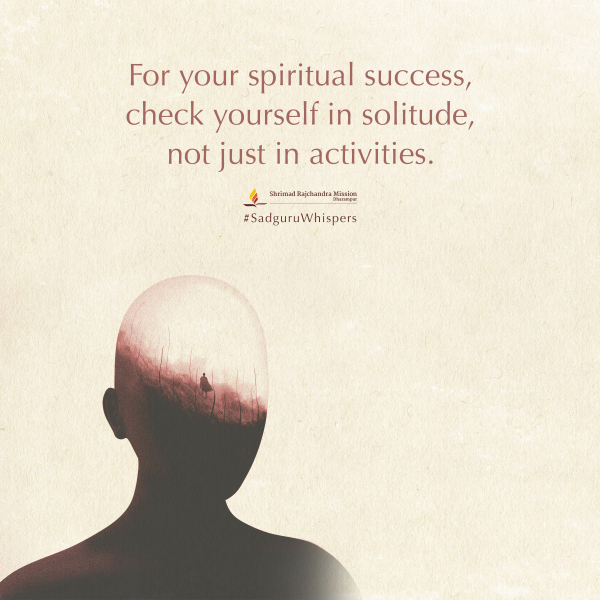 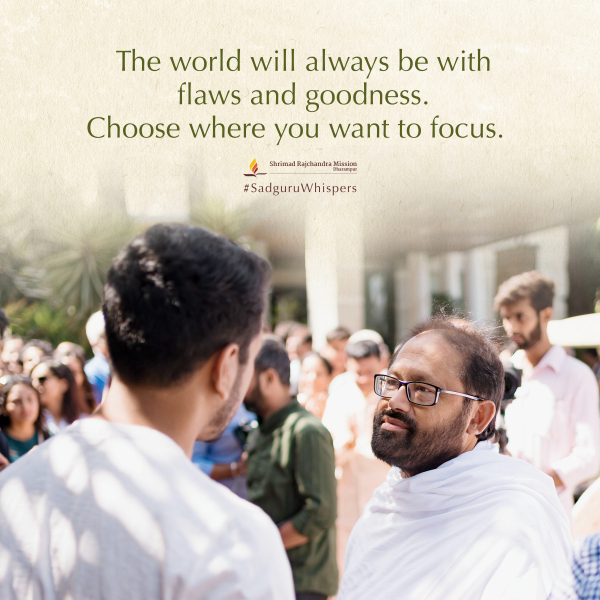 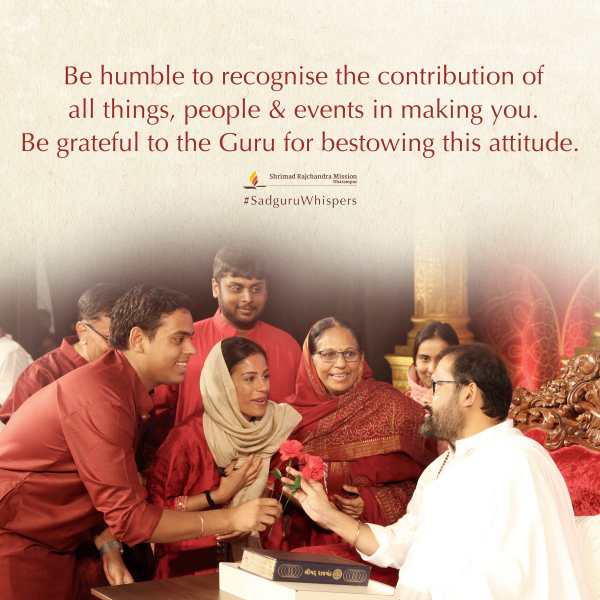